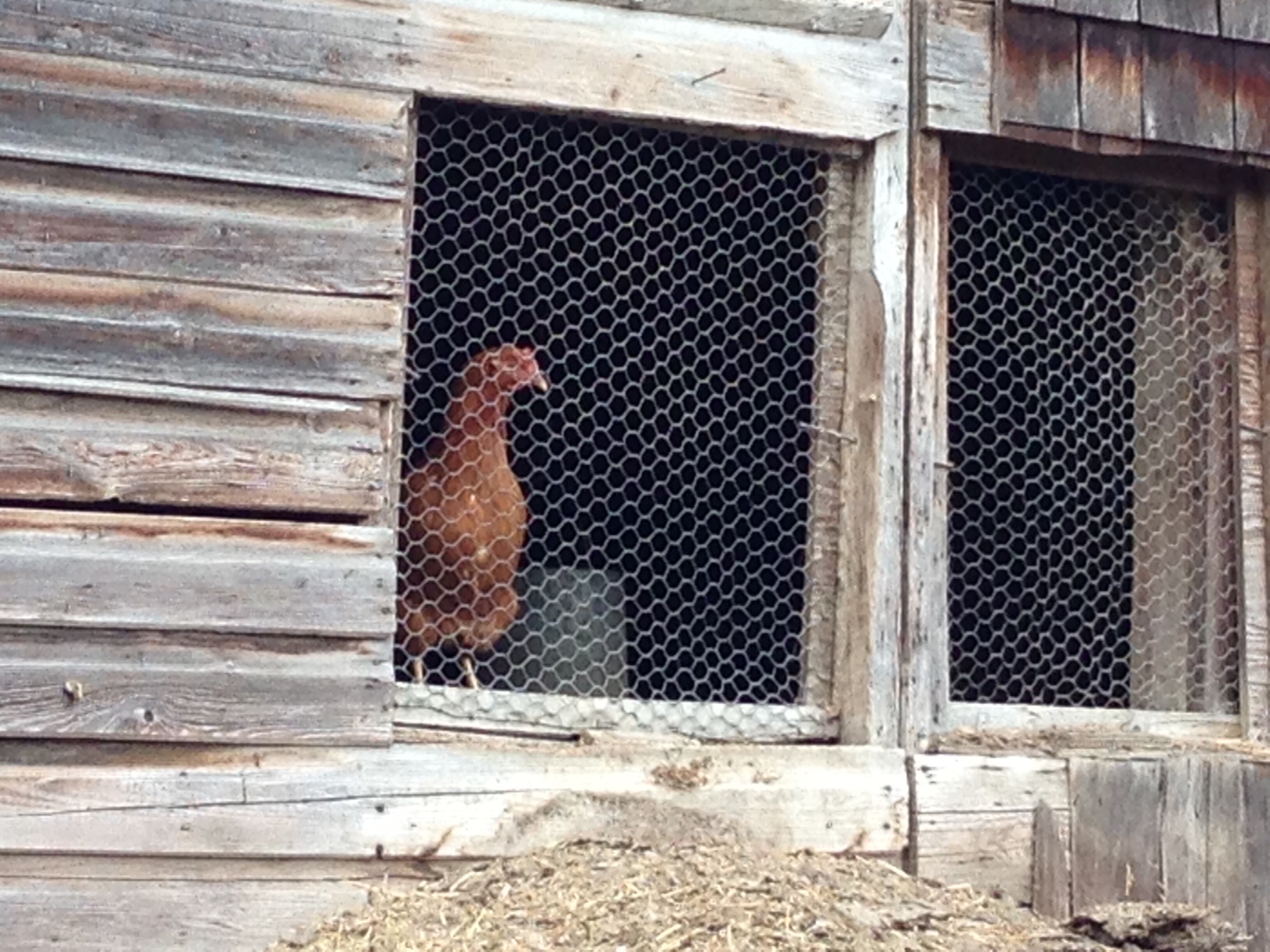 I hate to be a complainer, but I just have to tell you:

Too much hand quilting, knitting, typing, and gripping heavy weights at the gym have given me tennis elbow in both arms and caused the arthritis in my hands to flare up.

And that’s not all. Poor ergonomics in my sewing and writing life are affecting my shoulders, neck and back, which (not surprisingly) has worked it’s way down into the knees.

Because I’m a writer, I’m often at my laptop for several hours a day. If I want to continue, it’s imperative that I address the ergonomics problem.

Fortunately, I know what I have to do to fix it.

Yesterday I went to Staples and bought myself a properly adjustable office chair. My lower half notices the improved sitting situation already, but my shoulders are still complaining because the keyboard is too high.

In a perfect world, I’d buy a properly adjustable computer desk. But the reality is, we all have to work with what we’ve got. And what I’ve got is pretty small. My neighbour’s chicken coop is bigger!

Whatever modifications I make to my writing space cannot infringe on the rest of my very small house, and they also have to fall within my fixed-income budget.

Installing a sliding, adjustable keyboard tray (and new keyboard) under my sewing table and using my laptop like a desk computer may be the best solution.

The laptop can easily share real estate with the sewing machine. Both are lightweight & portable, and can easily be unplugged and set it aside to make room for the other. Mr. C will have the final say on whether or not the sewing table can be modified.

It may take a month or more, but getting back to my home yoga practice, doing physio & massage therapy for the elbows, and making these ergonomic fixes will hopefully take care of the worst of the problems.

Have you ever suffered repetitive strain injuries or dealt with ergonomic issues when sitting for long periods at the keyboard or sewing machine? Has knitting or hand quilting ever given you tennis elbow? 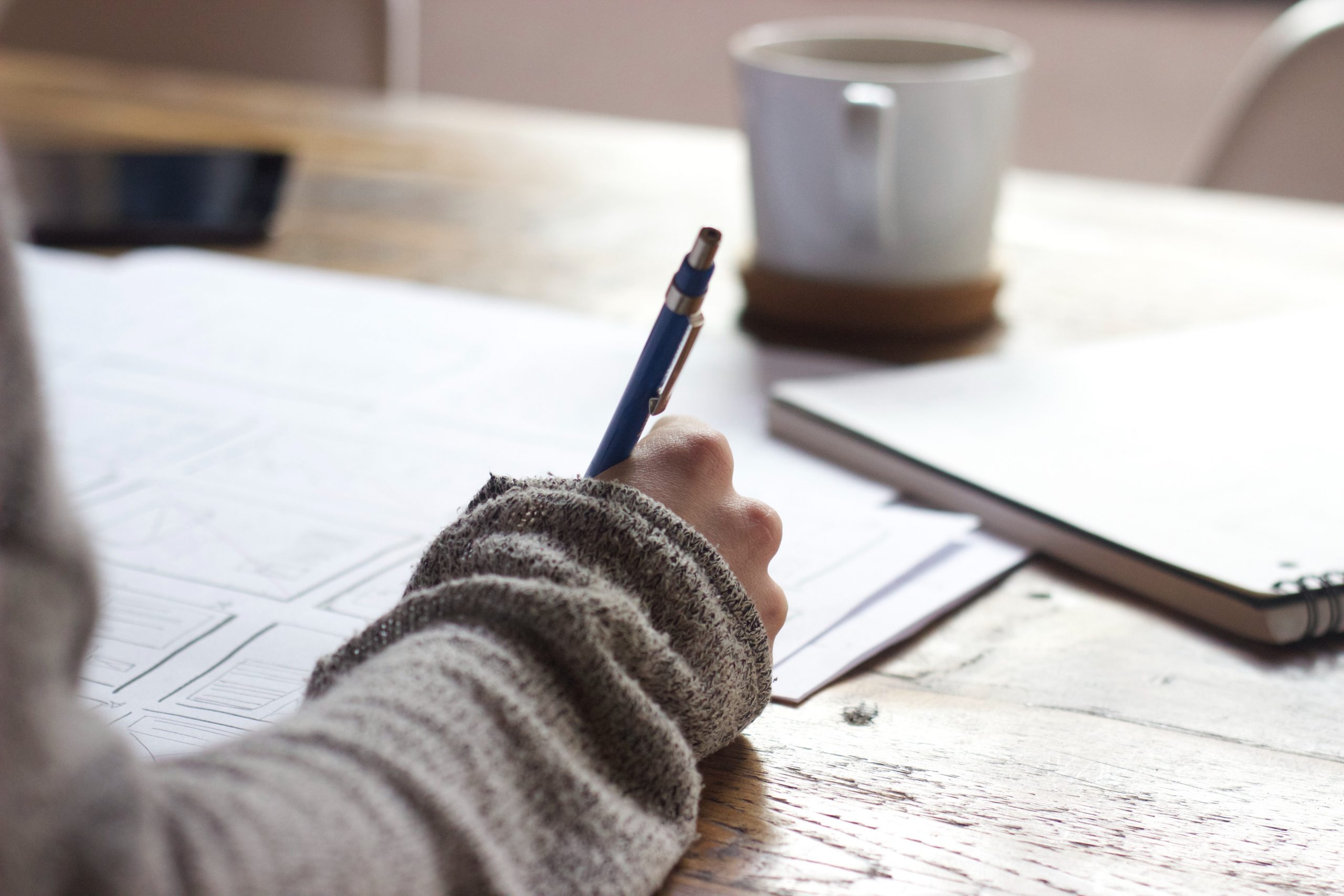 I hope this letter finds you well and still sewing.

You won’t remember me, but I was one of the fourteen-year-olds in your eight grade home economics class at Keithley Junior High in the fall of 1974. That was the year after girls were first allowed to wear dress slacks and pant suits to school instead of skirts and dresses. No jeans…those came a year or two later. That was also the first year that a boy was allowed to take home-economics and a girl was allowed to take shop.

You taught me how to follow a recipe and plan a menu. I still have my recipe box from the cooking portion of the class.  It’s crammed to capacity now, full of 42 year’s worth of recipes, including cards in my mother’s and my grandmother’s handwriting.

You taught me how to iron. And by the way, I am the only person I know who actually loves to iron. I will happily spend a Sunday listening to Cross Country Checkup on CBC radio while ironing everything in the house…cloth napkins, tea towels, pillow cases, every shirt my husband owns.

You taught me how to use a sewing machine and read a pattern. And for that alone, I will be forever grateful.

I remember that we had to choose a pattern and actually sew an item of clothing. My mother took me to the fabric store and we browsed the pattern books together. I decided on Butterick 4265. It was an ambitious project, and I remember my mother trying to talk me into something a bit more simple. You and my mother were both concerned because I was adamant that I didn’t want to sew an apron or a simple pajama bottom. But no…I wanted to sew a pant suit.

In the end, I agreed to just sew the top and leave the pants for later. It was my first ever attempt at sewing anything. Ever. Complete with set-in sleeves, patch pockets, top stitching and a zipper. I don’t think I actually wore it anywhere…I hadn’t done a very good job, really. But it didn’t matter to me…I was so proud of myself!

I remember my mother coming into the home-ec classroom for a parent/teacher conference. I remember how you discussed my completed project with my mother, your finger tracing a line along my uneven top-stitching as the two of you remarked with pride on how I had tackled and completed such a big project.

I also remember that I did not feel discouraged by your critique, which tells me that it was delivered in a careful and loving way, the way a valuable teaching experience should be.

You taught me that putting in a zipper properly and stitching a straight line were things that one can improve upon. Things that can be mastered.

What I learned went so far beyond learning to follow a recipe for a casserole, how to sew a patch pocket and balance a checkbook. No…what I took from your class was a fearless belief in myself.

I’d like to say that again: A Fearless Belief in Myself.

Thank you for that, Mrs. Rudd.

Now…that pant suit pattern. I was in the thrift store the other day and you’re not going to believe this, but staring up at me from the bin of patterns for .25 was the exact one that I made in your class.

And guess what…it’s in my current size. I might even sew it up for old time’s sake.

I wanted to tell you that I have been thinking of you almost every day these past couple of weeks as I embark on re-learning those skills you introduced me to more than 40 years ago. I feel you leaning over my shoulder, your finger tracing the line of the zipper, reminding me to line up the notches, showing me how to tie off the threads at the end of a dart by hand.

When I think about the women who influenced me in my life, you’re up there in the top ten.

I know you’ll probably never read this letter, but I wanted to say thank you.

I’ve been spending my allowance on sewing patterns this last month, and they’ve been arriving like hotcakes! Is there anything better than getting presents in the mail? Not much, let me tell ya!

These pajamas are going to be so awesome  –  I can’t wait to make a set or three. This is an intermediate level pattern, so will stretch my skills with collars, cuffs, button bands and piping.

I really do want to learn to make my own clothes. To that end, I’ve purchased a couple of Craftsy sewing classes. Bonus: they come with patterns!

Vogue 8793 is by designer Katherine Tilton.

…and Vogue 9057 is by her sister, designer Marcy Tilton.

The Tilton sisters co-teach the class. I’ll do a review of the class once I’ve done it.

Both will be great additions to my winter wardrobe.

The Laurel Dress – classic shift with lots of options:

The Crepe Dress – a wrap dress that ties in the back:

That should keep me going for a good long while, eh? 🙂

…and now for the letter K in the April A-Z Blogger’s challenge:

This is the advanced version of the Cobra pose: King Cobra.

A lovely pose that I am content to admire from afar. 🙂

Today’s letter is a very short one. Also kind of boring, actually. Sorry.

Here goes: the other day Mr. C asked me to mend his jeans.

I knew that my little Janome 2030 wouldn’t have enough jam to sew over the heavy denim seams that the repair required, so I pulled out my antique Singer hand crank machine.

This baby will sew through anything! And in half the time that fussing with the electric variety would have taken! Who would have thought doing the mending could be so much fun?

See me turning the handle? 🙂

And finally, in keeping with the A-Z Blogging Challenge, I present to you the only yoga pose I was able to find that begins with the letter J:

This is a pose that you see in all types of athletic activities, from runners to dancers. And yogis, of course. 🙂

Support the bent knee with a pillow if needed. Lean forward over the straight leg, any amount.

Do you remember the Vogue wrap dress I made last year? No? Hahaha, I don’t blame you. That dress never really worked for me. The waist sat too high, meaning I was forever tugging it down. And the bodice had these odd little tucks …NOT flattering.

So rather than keeping a dress that I was never going to wear, I decided to cut it up and make it into something else.

I cut the skirt off. Yup…hacked it right off with scissors. Then I cut the bodice apart along the seams. No seam picking for me, nope! Scissors all the way.

I got out my Moneta pattern, and took stock. The two cross-over pieces became sleeves. The ties became a collar.

I had enough fabric for the bodice front, but not enough for the back, as you can see in this picture:

That’s where my quilting brain started working. The back of the bodice is done in patchwork!

This is what was left over:

All that’s left is the hem and I’ll have a dress I’ll actually wear.

Have you ever turned one dress into another?

I love screen doors, but I hate having to open and close them all day long, every time a cat or a dog wants in. Or out. Or in again. Years ago I devised a solution…curtains instead of screens!

Dogs, cats & people go in and out as they please, all day long. Okay, a few bugs, too, but not too many. Not even enough to wrinkle your nose at.

We needed a new one for the front door, so yesterday I went to the thrift store, spent $2.00 and came home with three lace curtain panels.

The one I decided on for the front door wasn’t quite long enough, so this afternoon I sewed a sleeve from a fun pink and yellow print from my stash. The colour of happiness is pink (with yellow.) Did you know that?

And because it’s so friggen hot today, I couldn’t be bothered to pull out my Janome and fuss with setting it up. All those cords, and a foot petal and all. Jeeze, Louise.   I used my pretty Singer hand crank instead.

I like the way the pattern sort of mimics the lace. And I love the bright colour of the quilting cotton.

Do you want to make one, too? Here’s how I did it: I used a tension rod on the inside of the door frame. An 8″ strip folded in half makes a generous sleeve. Be sure to leave at least an inch of space between the bottom of the curtain and the floor; otherwise, people and pets will step on it and pull it down. Don’t worry, it’ll still keep 99% of the bugs out.

Voila! Beautiful and under $2.00. My little hippy heart is so happy! Take that, retirement budget!